This bridge can be raised and lowered to allow transport on both the river and the road. Lower the bridge decks to prepare for the trucks to pass.

If the bridge deck(s) have been lowered and rest on their center support: 10 each

Number of bridges lowered and resting on their center support: 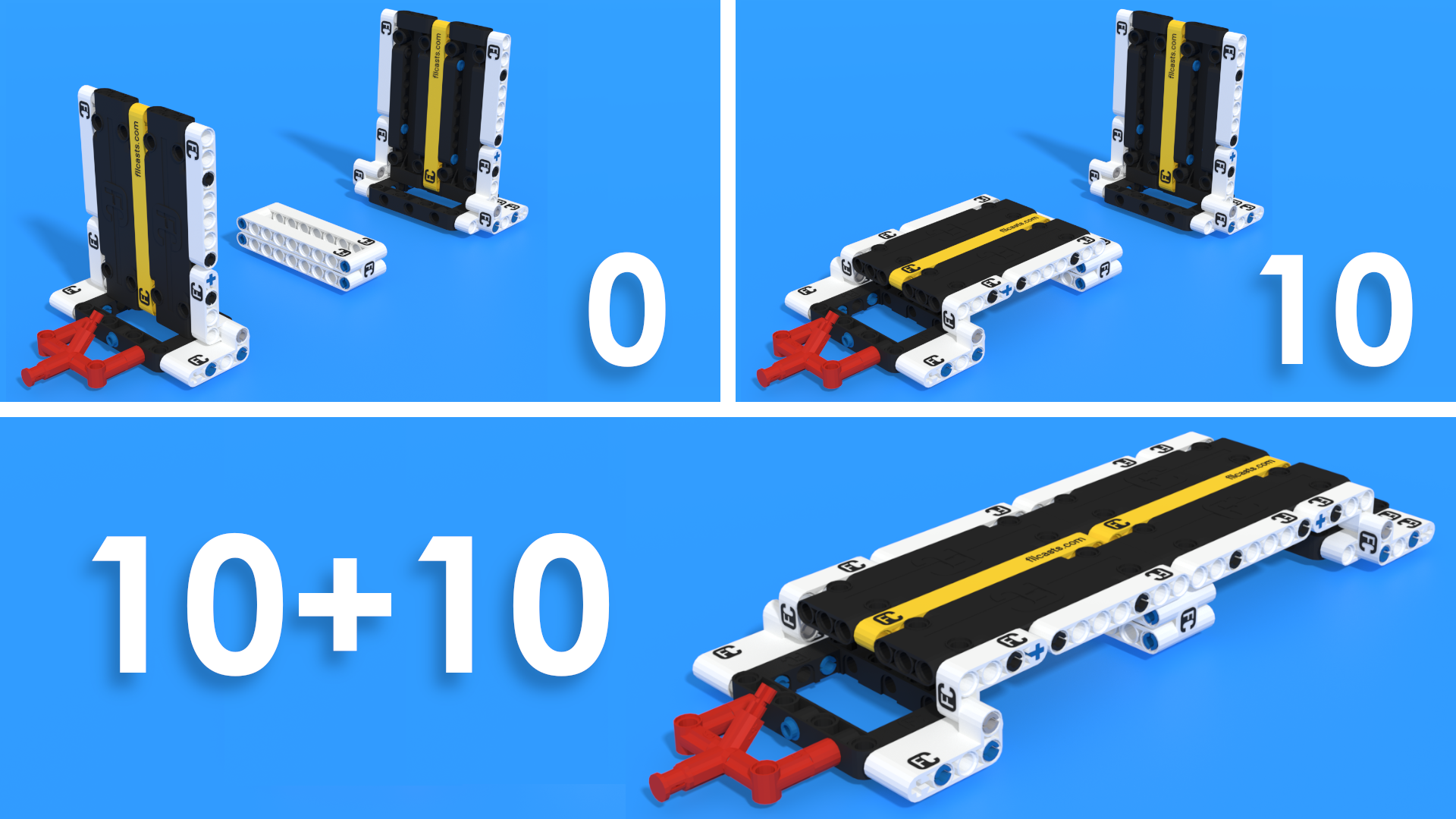 This is a mission that can easily be accomplished in many ways. One way is to use a beam with elastic connection on one side of the robot. The robot moves straight to close the first bascule of the bridge. Then the robot passes the other bascule of the bridge, twisting the beam. When the beam passes the bascule, it will return to its initial position. The robot then goes back and closes the bascule.

The last option is to use a motor-powered attachment with two gears and two axles attached to the gears. When the attachment motor rotates, the two axles come together in front of the robot closing both bascules at the same time.