The robot resembles a live hammershark. It uses a medium motor to move its tail, which is used for the shark to turn. It moves forward with a large motor and two tyres. Its jaws open and close with a second large motor. The two touch sensors at the front are purely for aesthetics but you can use them if you like. Finally the head has an ultrasonic sensor which detects if something is a potential "prey". This resembles the real hammer sharks' ability to sense with their "hammer". 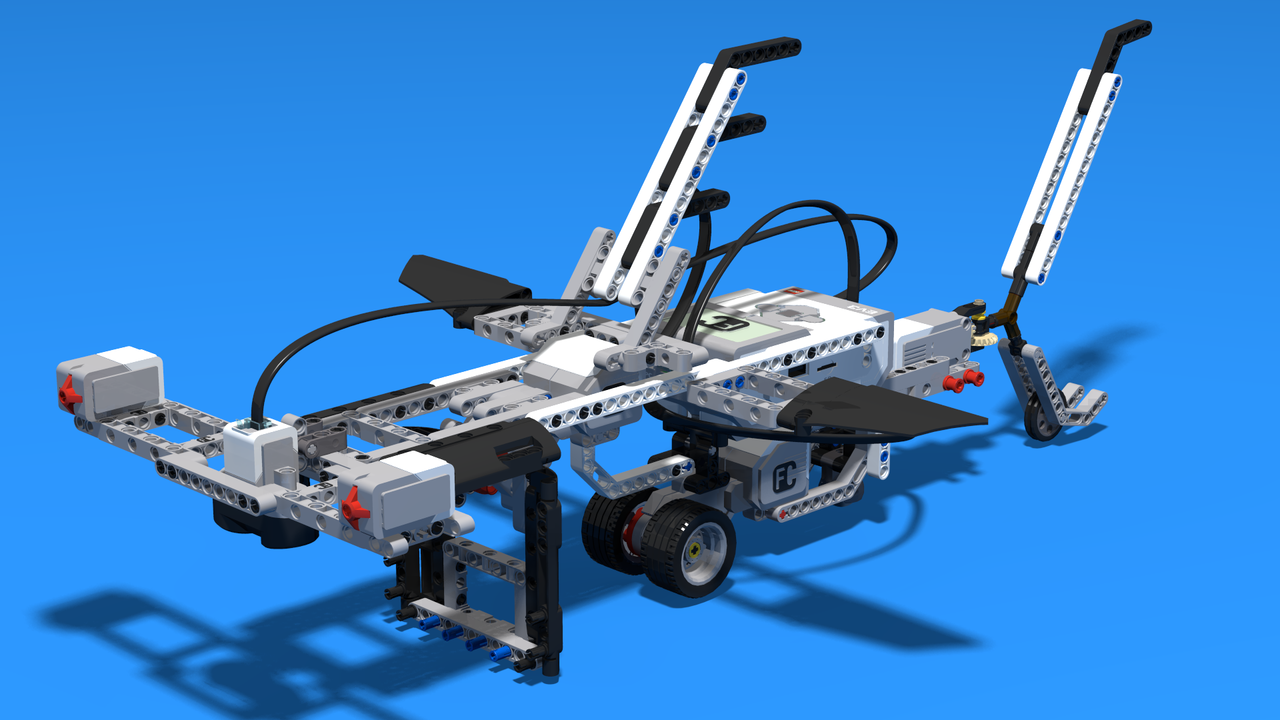