Gen comes from Gendema, a bulgarian late 80s rock band, popular with its song about pedalos.

The robot uses two EV3 Large motors to move, but instead of wheels it uses four-legged paddles, attached to the motors. This makes it look like a pedalo. Additionally it slides on the ground much like a real pedalo on the water.

Because of the strange mechanism of movement, the robot has a gyro sensor to help it keep a straight line. 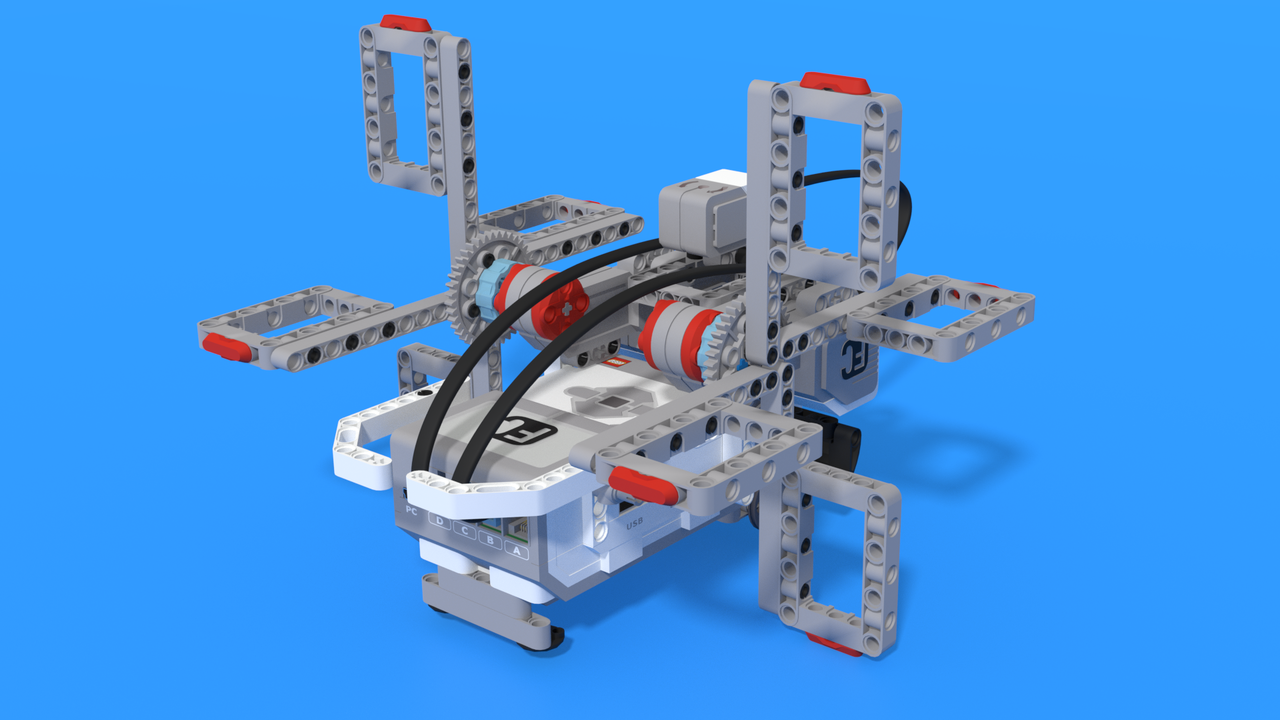 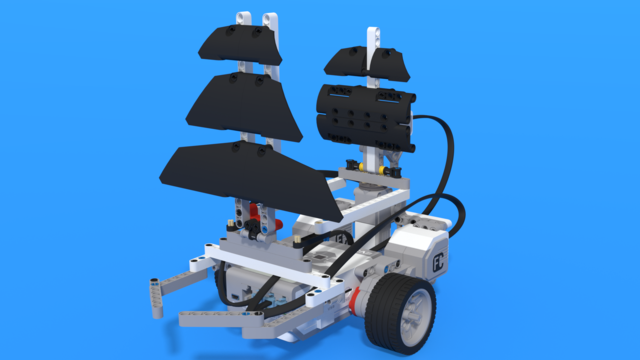 The eighth level of the Robotics with LEGO curriculum for students in third or fourth grade.

In this level, students learn to use the fourth sensor in the robotics set - the gyro sensor. The robots are modeled after boats, yachts, and ships. With the help of the gyro sensor, students can set a course for their robots to a given angle and can detect deviations from the course. In open seas, there may be sea-monsters and the robots are being programmed to detect a sudden change in acceleration with the help of the said sensor. 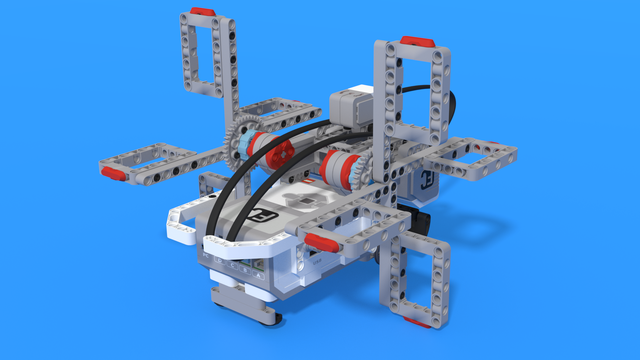 Today we would build a pedalo for fishing. Have you event been on a pedalo? Have you see pedalos? Where? 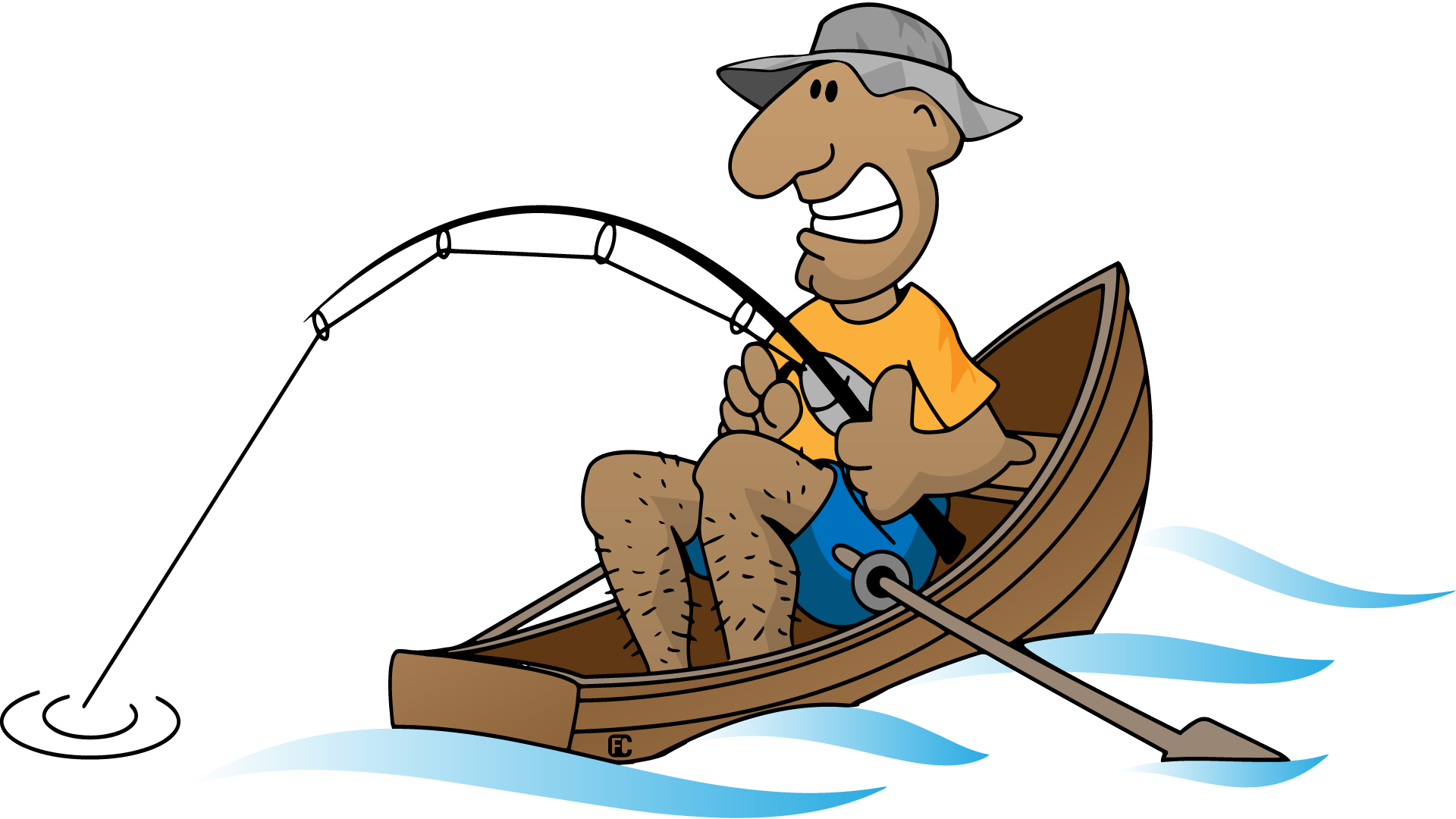 Do you know that motor boats are not allowed in lakes and dams as they disrupt the animals. That's why today we are going fishing with a Pedalo.

Finishing boats and pedalos for fishing use an device called sonar, to detect large groups of fish. Our pedalo would use exactly such device to detect the group of fish and catch up with it. 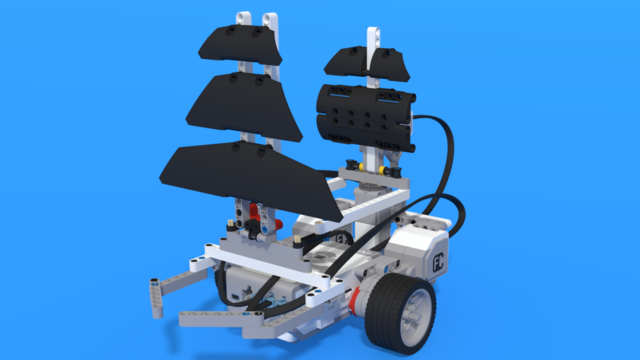 Yolanda comes from the novel "Yolanda, the Black Corsair's Daughter" by Emilio Salgari.

The robot resembles a sailship with two masts. The mast in the back is connected to a medium motor, which allows it to rotate with some limits. The mast also has a gyro sensor in the back. These are placed so that the gyro sensor detects which way "the wind is blowing" and moves the sails that way. The second mast is connected to the first one so that it moves accordingly. The robot also uses two large motors to move.